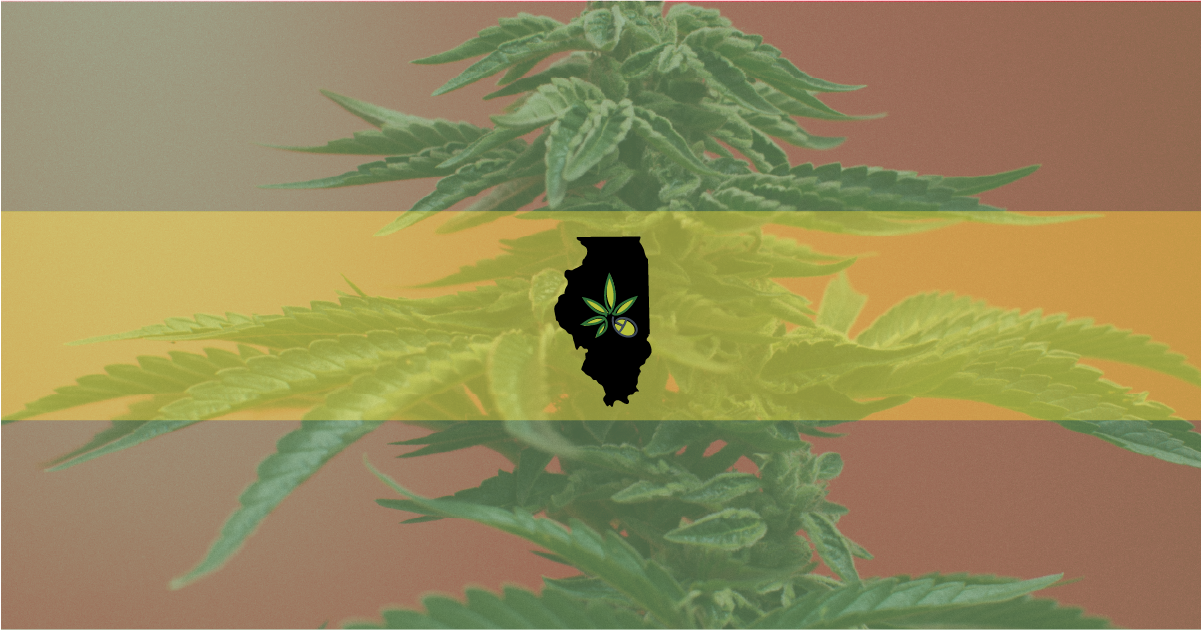 Illinois’ adult-use marijuana sales broke the $100 million mark for the first time in March, and – with the help of the largest monthly out-of-state resident sales in the history of the state’s legal market – that record was shattered again in April.

Increased restrictions amid the COVID-19 pandemic marked a significant leap in legal cannabis sales across the United States, with New Frontier Data reporting nearly a 50% spike from March to April of 2020 in some major markets.

Despite initial uncertainty surrounding the sustainability of increased marijuana sales, markets like Illinois’ have continued to build upon the record-breaking numbers, outdoing sales figures month after month. The latest milestone came in April, where adult-use cannabis sales reached nearly $115 million, according to the Illinois Department of Financial and Professional Regulation, shattering the record set in the previous month by over $5.5 million.

“I think throughout the pandemic, first of all, people are turning to cannabis. They’re using it to help them sleep, to deal with anxiety, to deal with depression,” said Jason Erkes, a spokesman for Illinois cannabis company Cresco Labs. “And now that the pandemic is winding down, and restrictions are loosening a little bit, people have found cannabis is a great tool to use in their wellness arsenal, so I think that’s certainly helping fuel the sales.”

Also fueling the sales for Illinois’ legal market has been out-of-state customers’ continued participation in the program. Last month, out-of-state residents accounted for over $35 million in cannabis sales – more than 30% of all adult-use sales in Illinois. That ratio has remained fairly consistent over the pandemic, with that monthly percentage not dropping below 25% since May of 2020.

Illinois is surrounded on all borders by states that currently prohibit the sale of adult-use cannabis. When Illinois Governor J.B. Pritzker signed marijuana legalization into law in 2017, he had clear intentions to capitalize on the adult-use desert, saying that legalization, “gives [Illinois] a chance to collect tax revenue from the residents of Wisconsin, Missouri, Iowa and Indiana.”

While the exact breakdown of out-of-state customer sales is unclear, some leaders from bordering states have recently expressed agitation over the loss of potential tax revenue to Illinois’ legal market.

“Frankly I’m kind of tired of talking to the governor from Illinois,” said Wisconsin Gov. Tony Evers in a video posted to his Twitter. “Whenever I get with him, he thanks me for having Wisconsinites cross the border to buy marijuana.”

A poll by Wisconsin’s Marquette University Law School showed that nearly 83% of Wisconsin voters are in favor of medical marijuana legalization, and nearly 60% are in favor of full legalization. Governor Tony Evers has been advocating for cannabis law reform in Wisconsin since 2019, to no avail. In the meantime, Illinois dispensaries are on track to sell over $1 billion worth of adult-use marijuana products in 2021.

At The Weed Blog, we strive to produce the latest online news resources regarding marijuana. We also review various strains of cannabis or other edible counterparts. We are committed to helping you find valuable information about marijuana on our website. With marijuana laws constantly changing, learn from us what you can do to promote activism in your area. Otherwise, consider these other top-tier articles regarding cannabis: